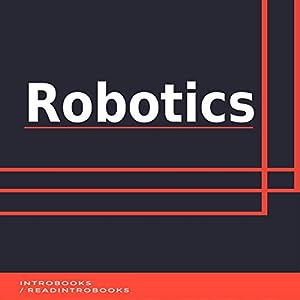 Robotics is the term used for the study of the science robots. Robots were developed by the humans as a measure to create a helping hand for themselves that would make the work easy and would require less time for its completion with great accuracy and precision. As a result, keeping in mind all the benefits that it provides, the emergence of robots was first seen in the mid-20th century.

A robot is manufactured with expertise in fields of science, physics, mechanical engineering, electrical engineering, structural engineering, mathematics, computing, as well as biology, chemistry, and medicine in the rarest cases. Therefore, the construction of robots is considered to be a multidisciplinary approach.

With all the benefits that they provide and keeping in mind their capability, robots are considered to be one of the greatest inventions on Earth by man.