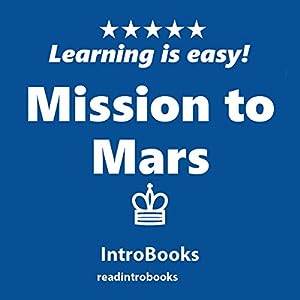 Mars has always signaled to the mankind when it would travel high in the night sky. The ancient people have assumed that this rust-red planet was the god of war and therefore they christened it with the name Mars.

The early explorers were armed with new forms of invented telescopes and discovered that Mars exhibited seasonal color changes and was subjected to dust storms that used to encircle the globe and might even have had several channels that could have crisscrossed the surface.

The recent explorers make use of the advanced technology and the robotic surrogates to extend their reach out to the planet Mars. With the use of the advanced technology, they have discovered that Mars is much more interesting and the most complex planet in the solar system. As per the claims of the present explorers that pieces of Mars have even arrived on the Earth as meteorites and these particles are pointing out to the possible existence of life on Mars. This has resulted in the growth of the active interests of the explorers to gain impetus about the living conditions on Mars.